My hand is really hurting right now, so I almost feel foolish for writing this out... But daydreaming about sewing plans still makes me happy, so *shrug*.
Right now I'm dying to start the historical Star Wars cosplay I came up with last night. I finally struck on an idea that I really like and would be easy to make (no hard-to-find fabrics or intricate accessories and I don't mind using undergarments I already have). I've got a couple months' lull now that it's winter and I think it would be pretty quick to make. So... here's Edwardian (c.1904) Leia! I just bought the fabric, too, a silk/cotton blend ottomon (ribbed). Still need to figure out what to do for the belt, but that can definitely wait until the dress is finished. 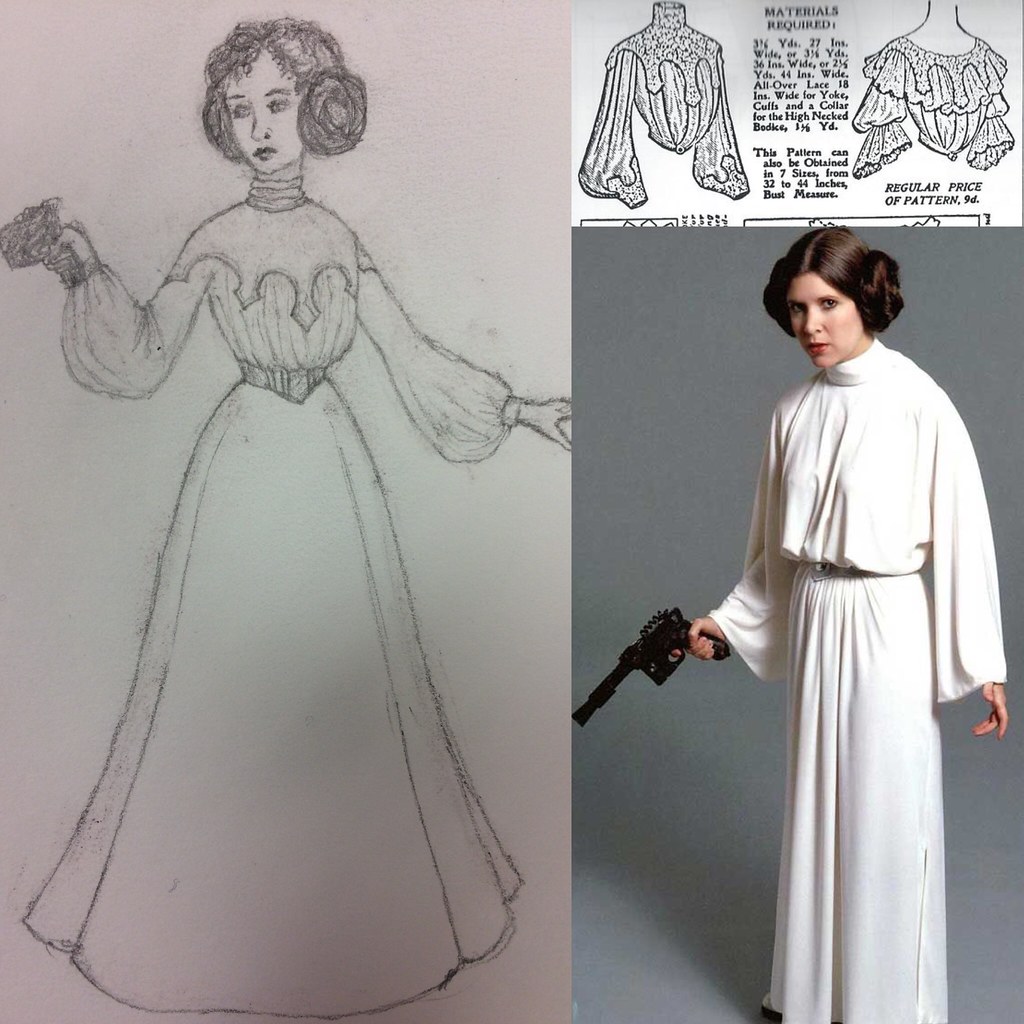 Next will be either a cotton print sack gown or a 1560s ensemble. It all depends on if I can go back home for Faire in May. Unfortunately these gowns are pretty labor intensive and would have due-dates within a month of each other, so I don't know if I can pull off both. But we'll see! Finally, I have three gowns that need to be made for a very special event in September, one of which I'm embroidering! I've already got the skirt panels ready to start working on, so hopefully it will be finished in time... Then it will be time to get ready for Gettysburg in November, and I think I'll finally make a new full mourning dress. The fabric has been waiting very patiently in my stash! I feel like I was constantly sewing something this year but have very little to show for it. In truth, I think I spent many nights after work just being lazy, as I'm finding it harder to come home after sewing all day to...sewing all night. And as I mentioned in a previous post, my wrist/hand is still causing me problems even after the surgery. I'm planning to see my doctor in the new year but I'm not hopeful.

In addition to sewing at work and sewing at home for myself, I took commissions for two other museums, which I didn't get pictures of before sending them off. But my work is now on display at Mount Vernon and the New York Historical Society.

Another issue is that there are quite a few garments that I made this year but haven't gotten pictures of, or they're wearable but not "finished" and thus not photographed. But hopefully I can start taking care of that in the new year, at least for my 1860s ball gown and 1616 gown. 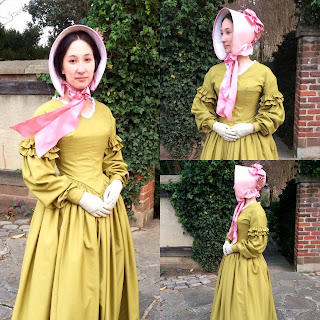 It's probably worth noting too that I organized and ran a conference at work and got a raise and promotion!
Even thought I didn't sew a lot, I went to many wonderful events (like Costume College!) and had a great time with friends regardless of if I was wearing an "old" dress. Next year promises to have some great events as well. I haven't quite figured out what my 2017 sewing goals are, but there will be a blog post when I do!
Posted by Samantha at 9:43 PM 9 comments: 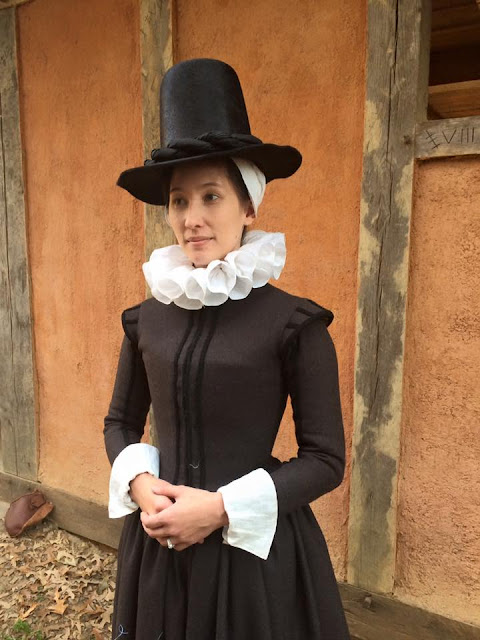 I've been wanting to make a new early 17th century gown for some time now, mostly because I have learned so much since I made my green wool outfit. The idea behind the gown was for it to be representative of a common woman's Sunday/holiday best. This year's Publick Day event was the perfect excuse, although I waffled over whether or not to make something new until about two weeks before the event. So this gown was handsewn in two weeks, amid work and everything else. Michael blocked new hats for both of us. He is becoming quite the talented hatter!These pictures are from the gown's third wearing, on Thanksgiving for my work's annual event. Someday I'll starch my darn cuffs enough that they won't start going wonky after a few minutes! I'm wearing the gown over my newest petticoat with upperbodies.Ignore the white threads all over me; I was sewing a shirt! 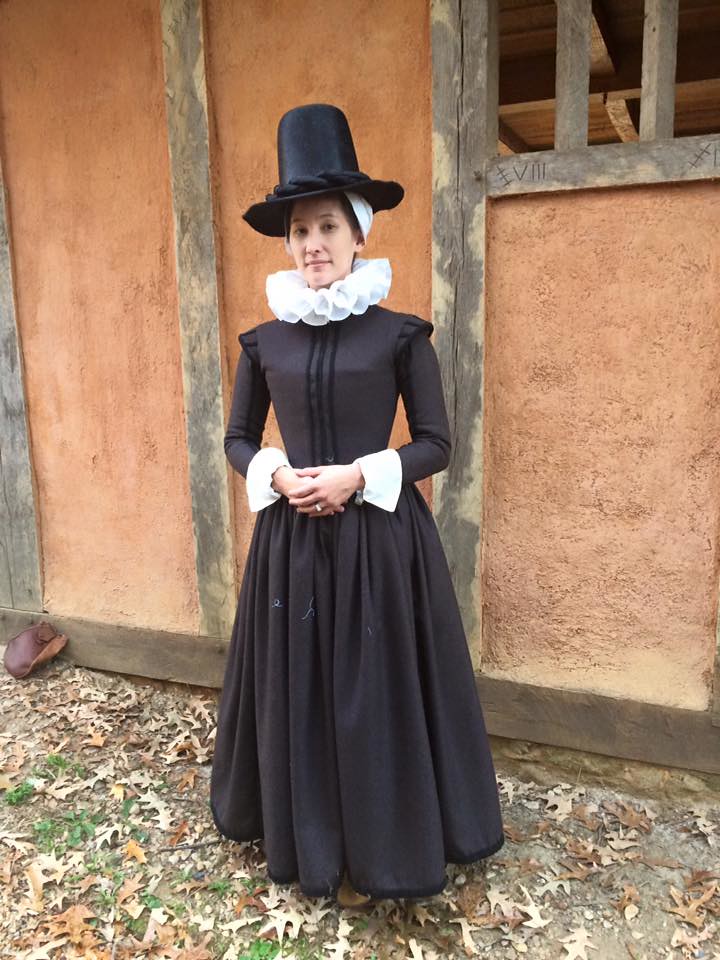 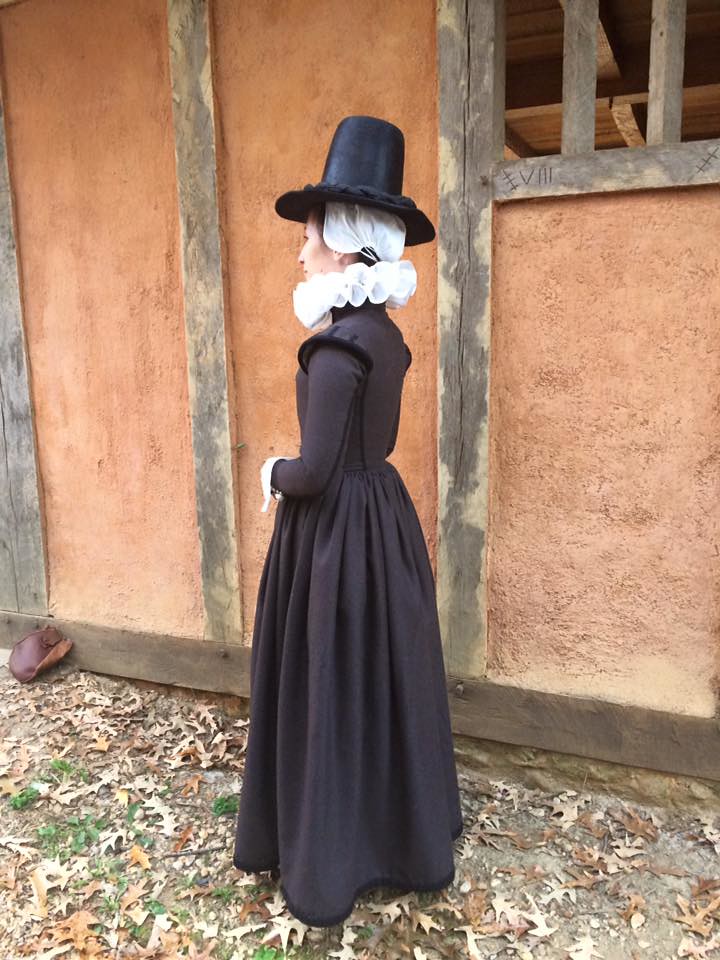 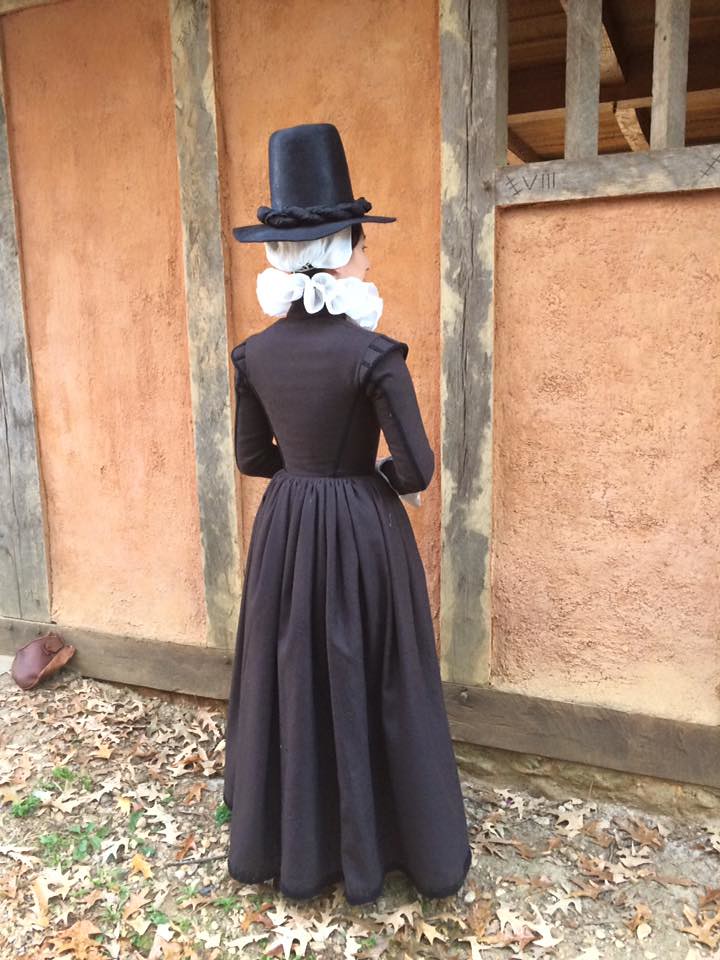 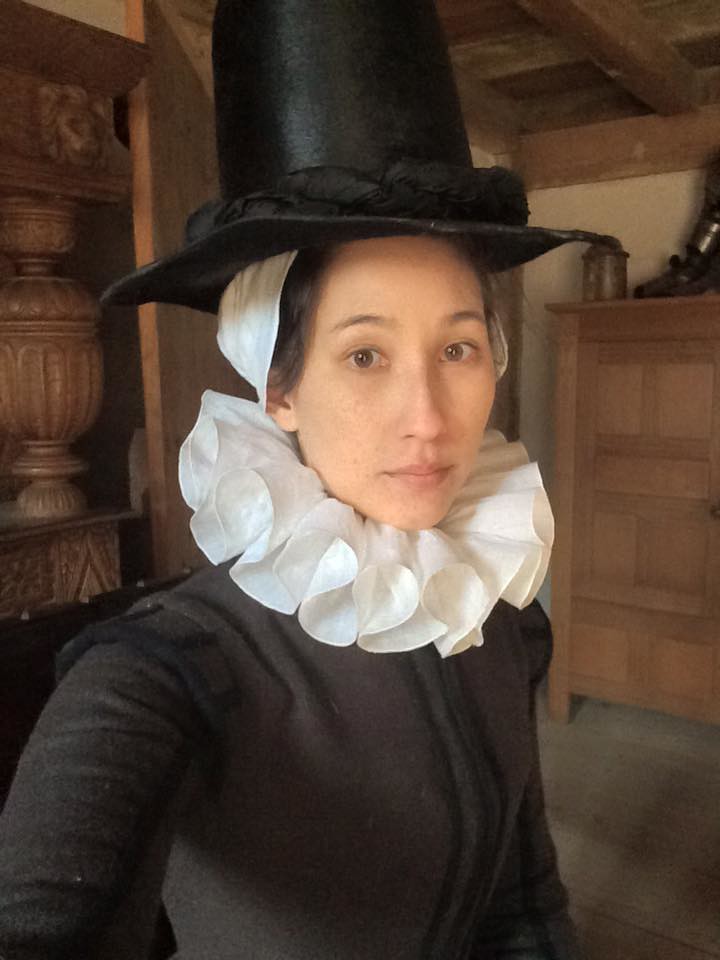 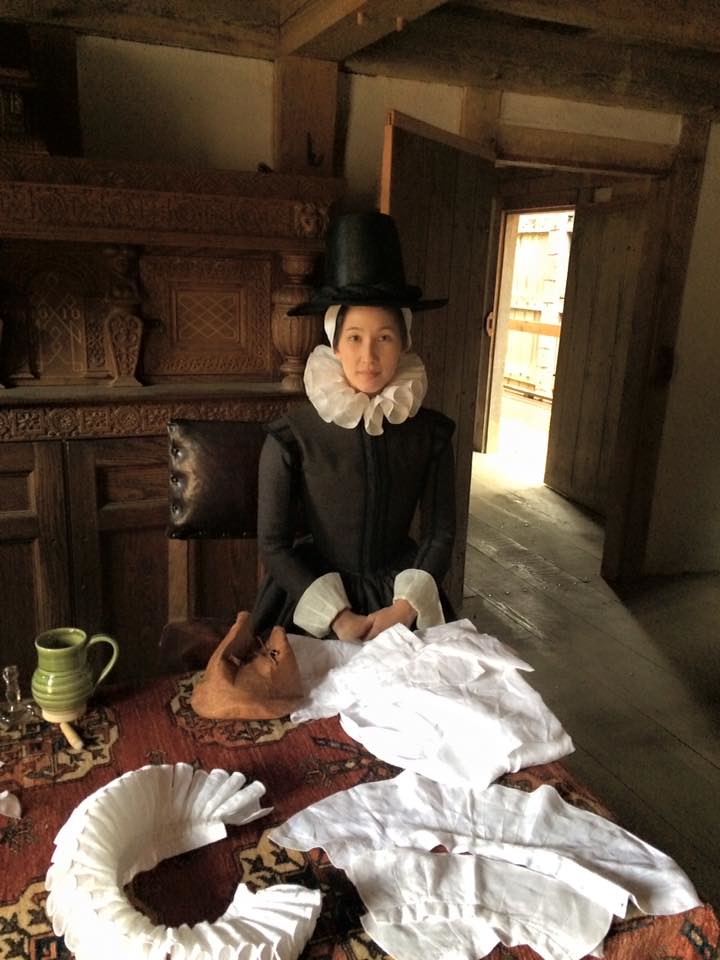