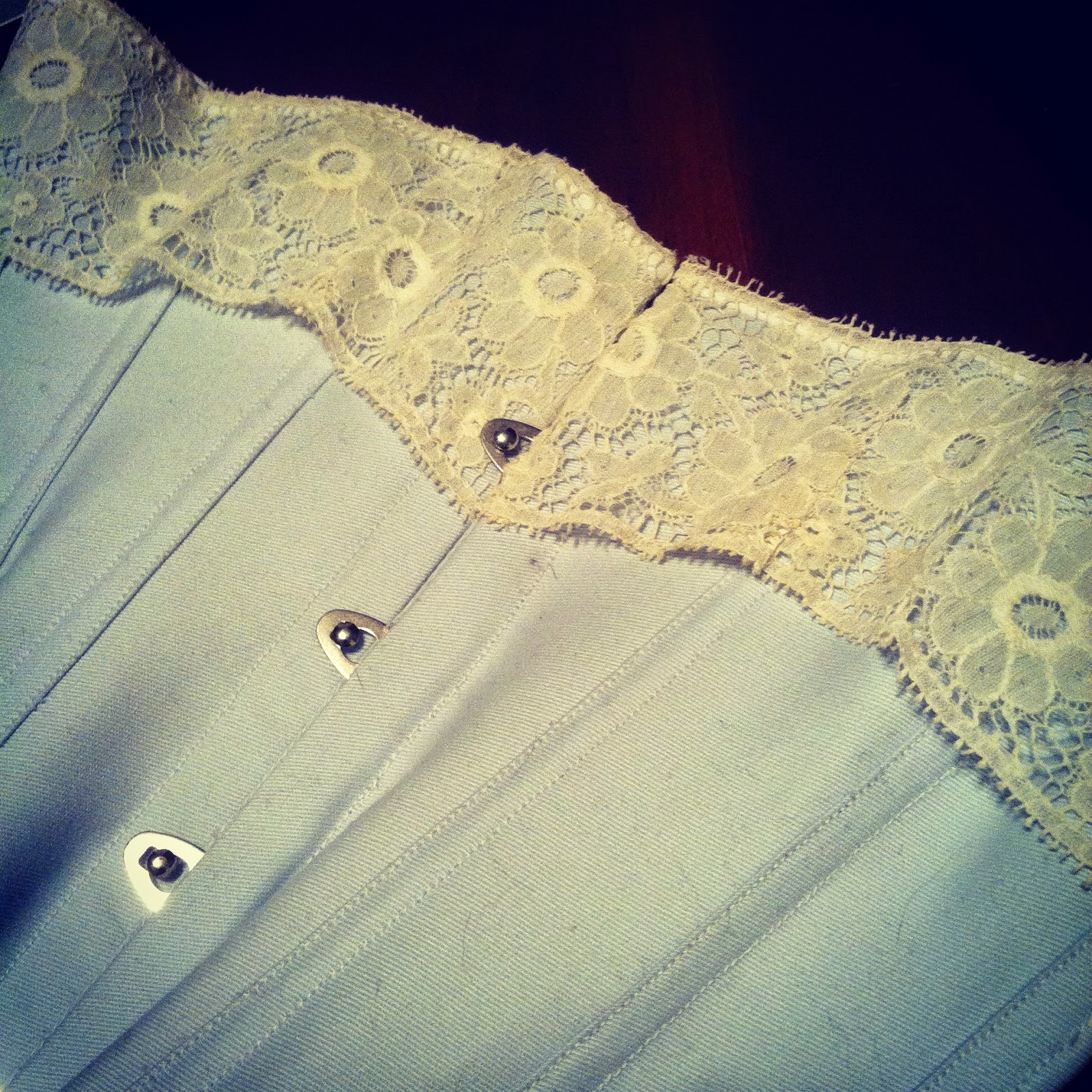 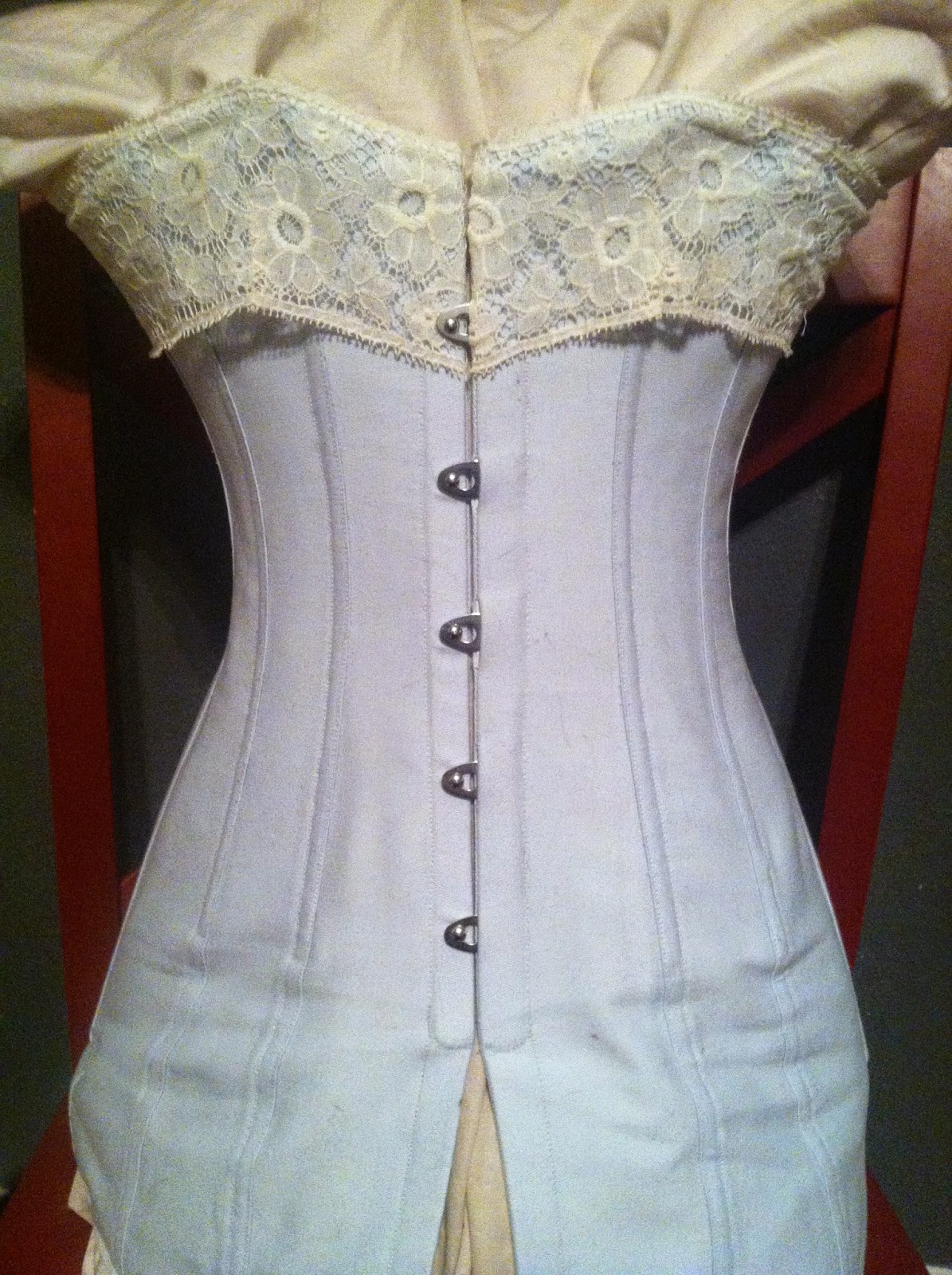 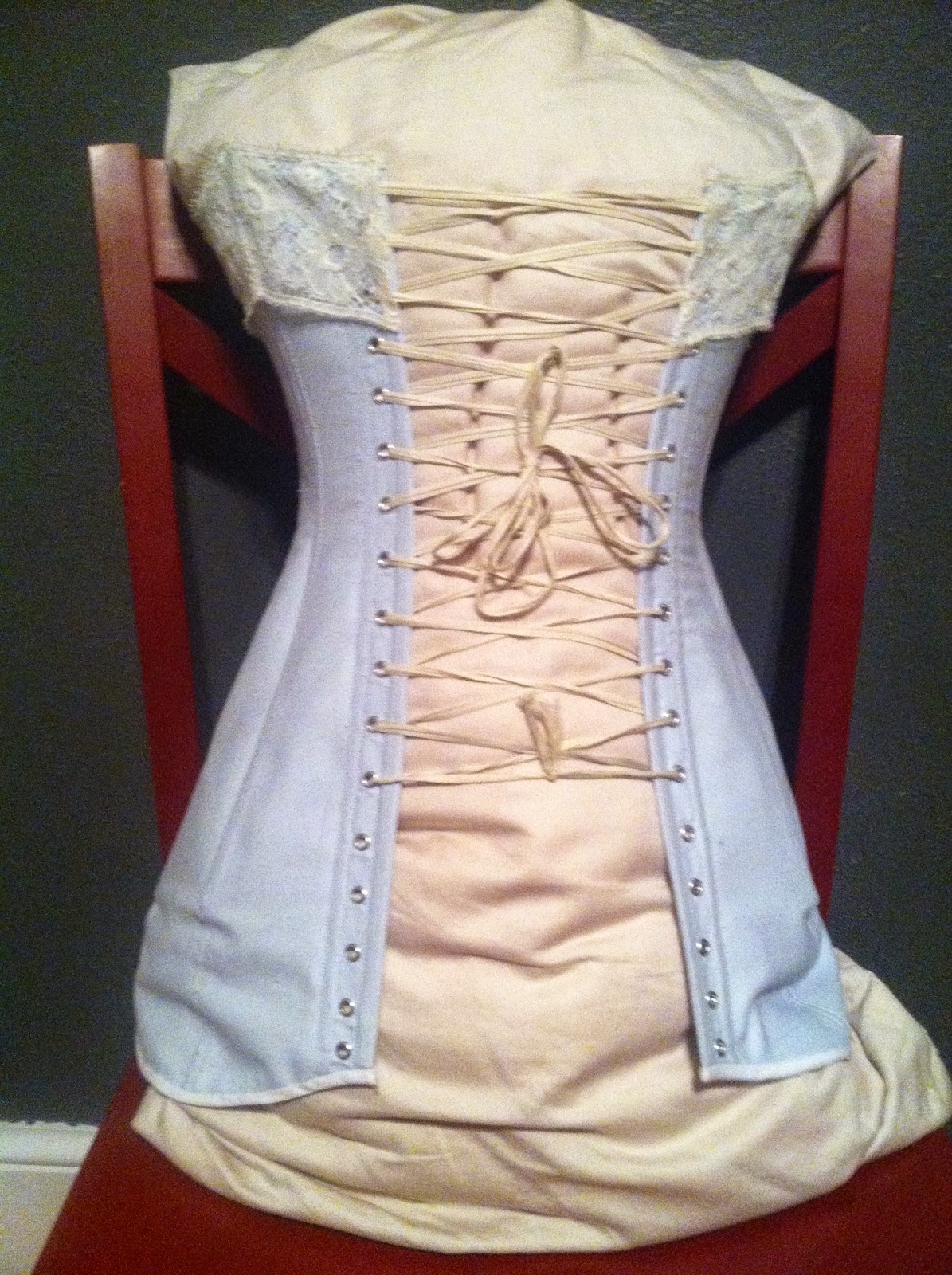 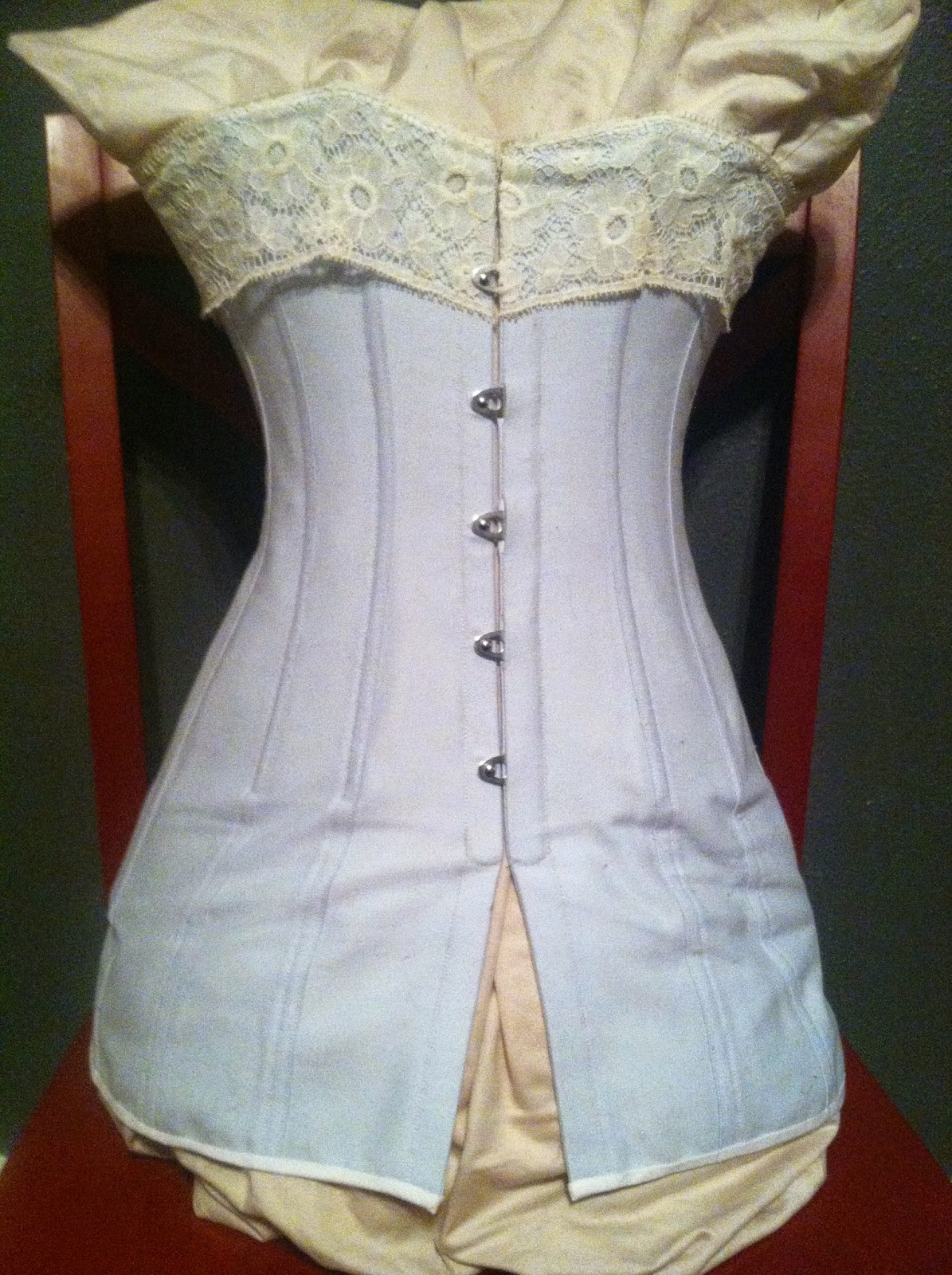 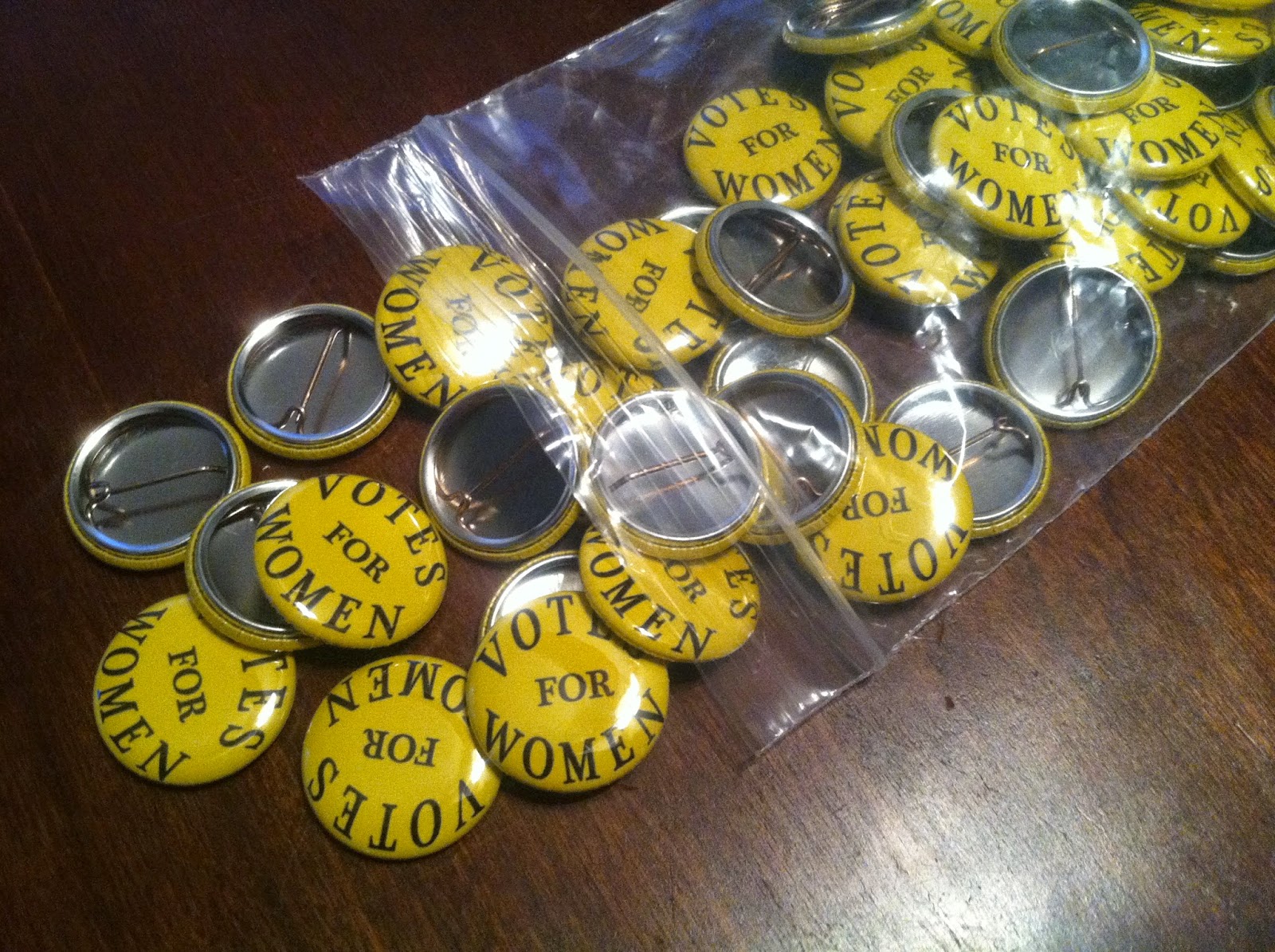 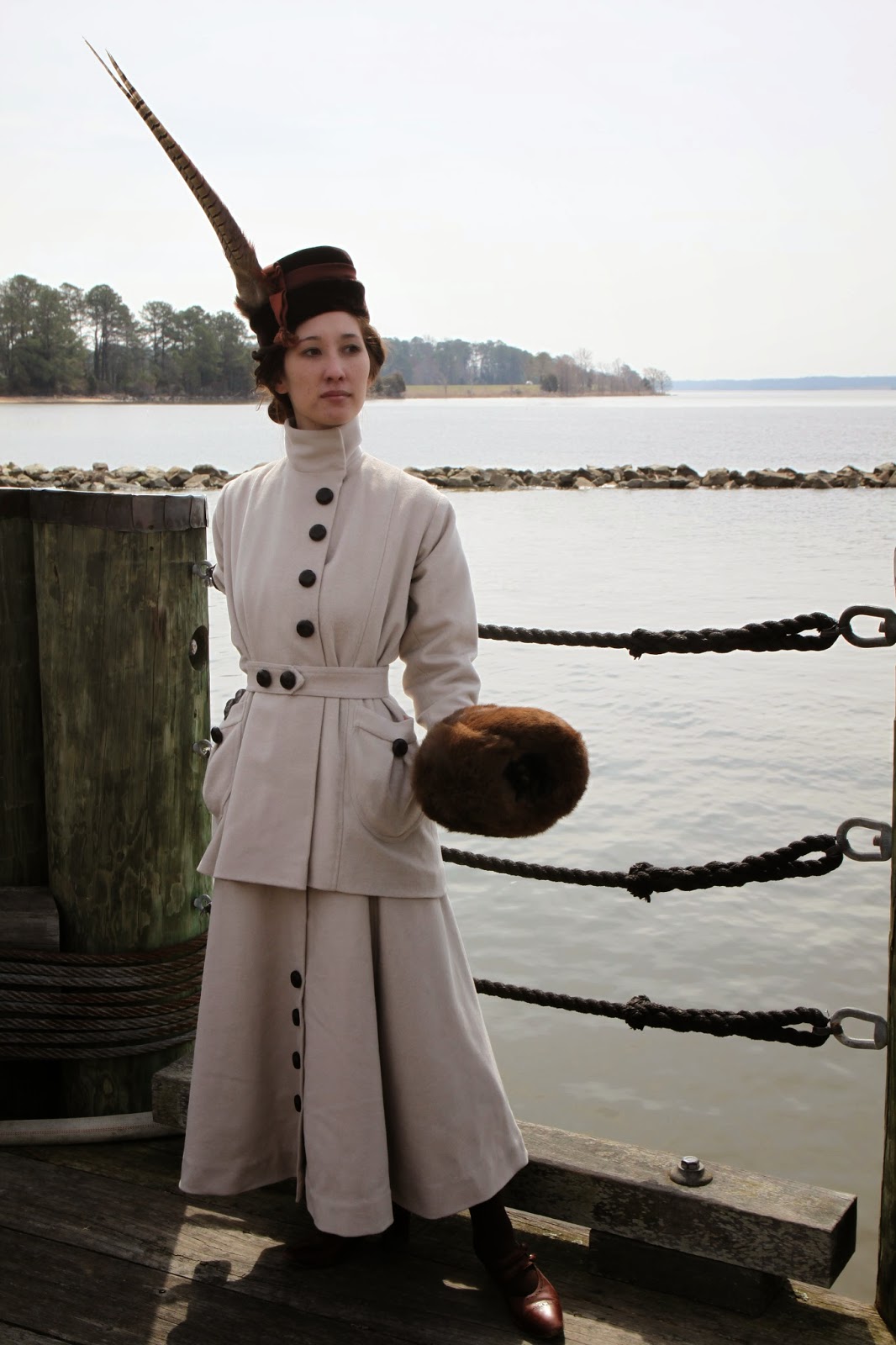 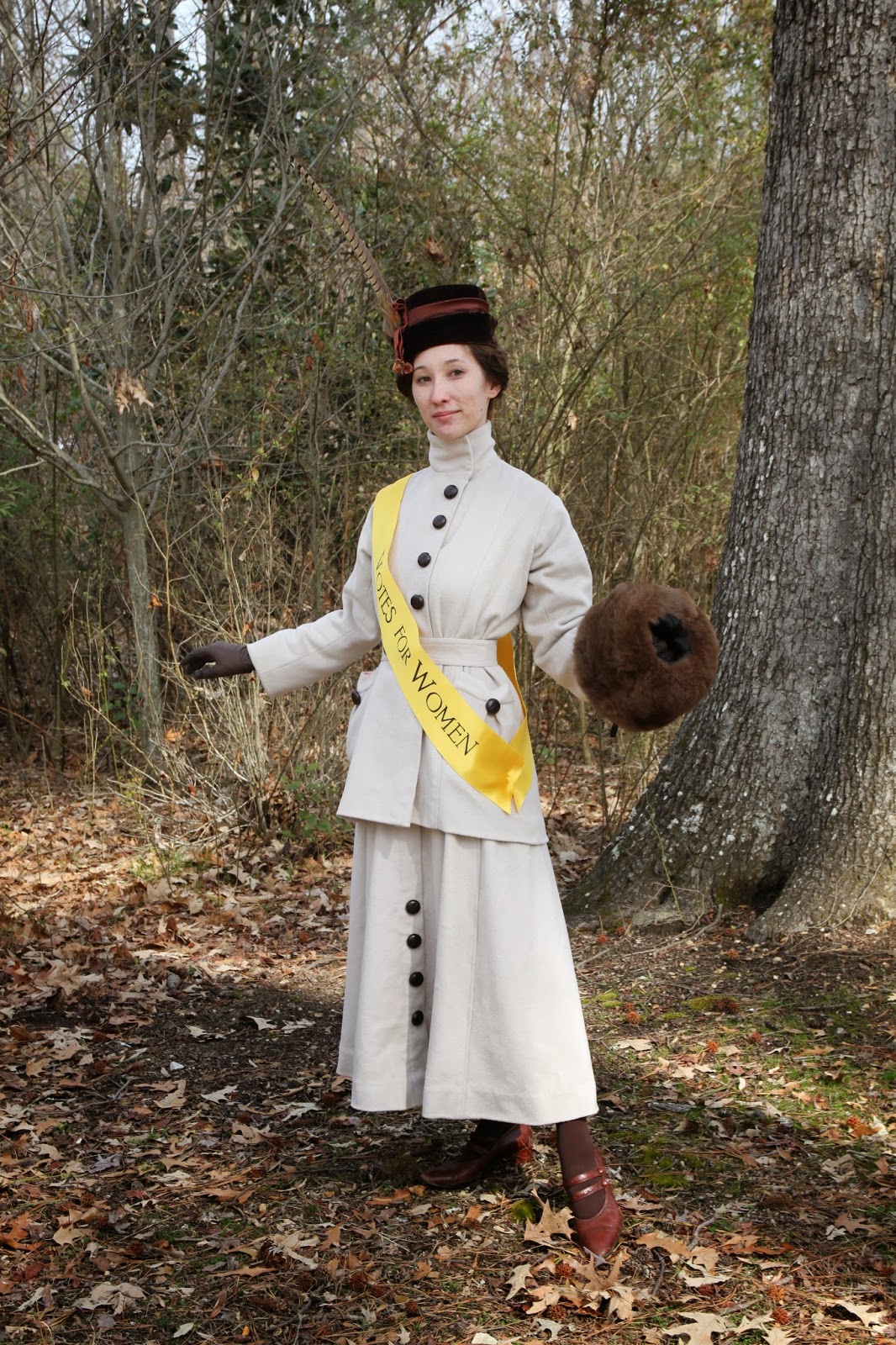 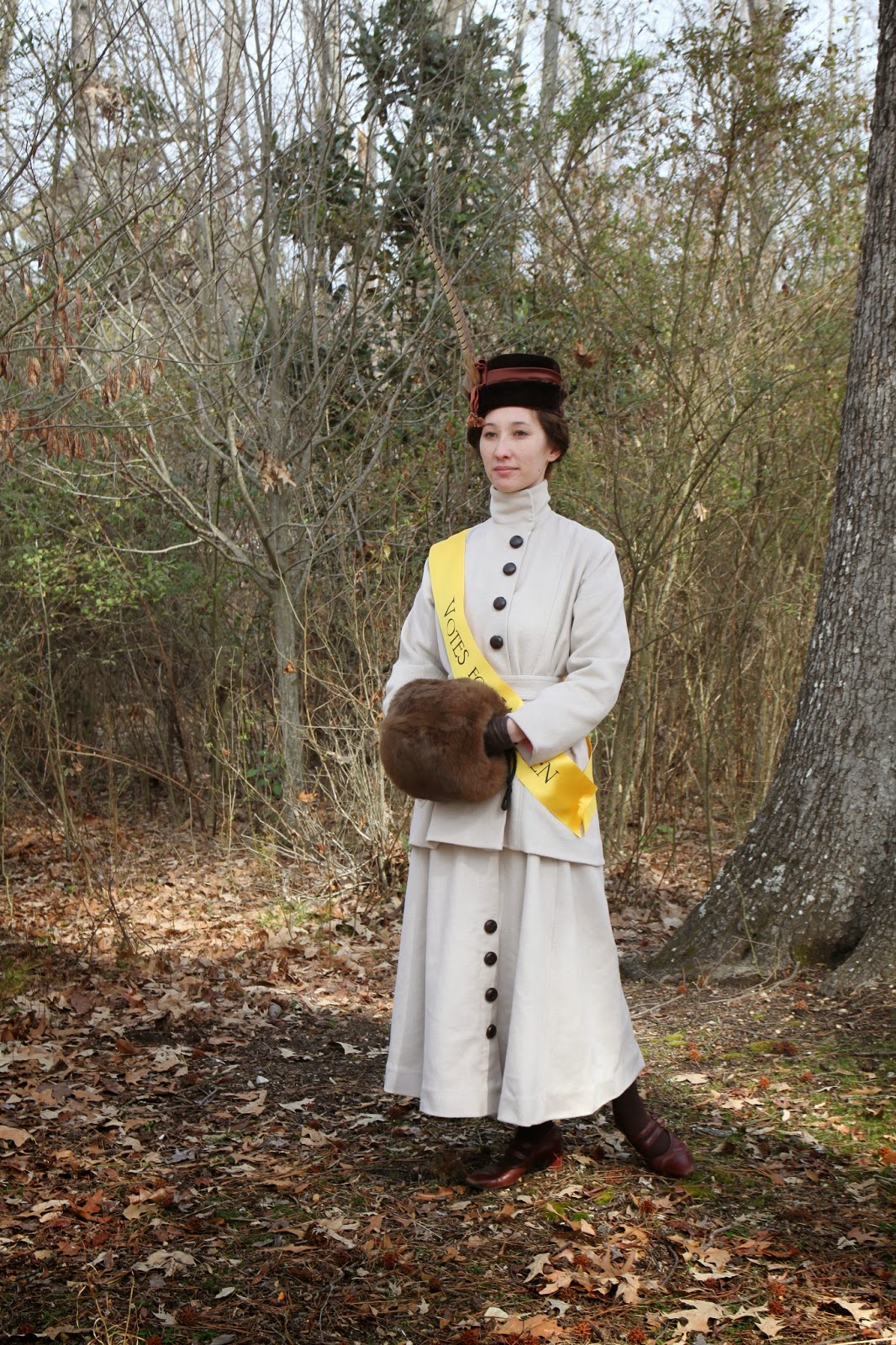 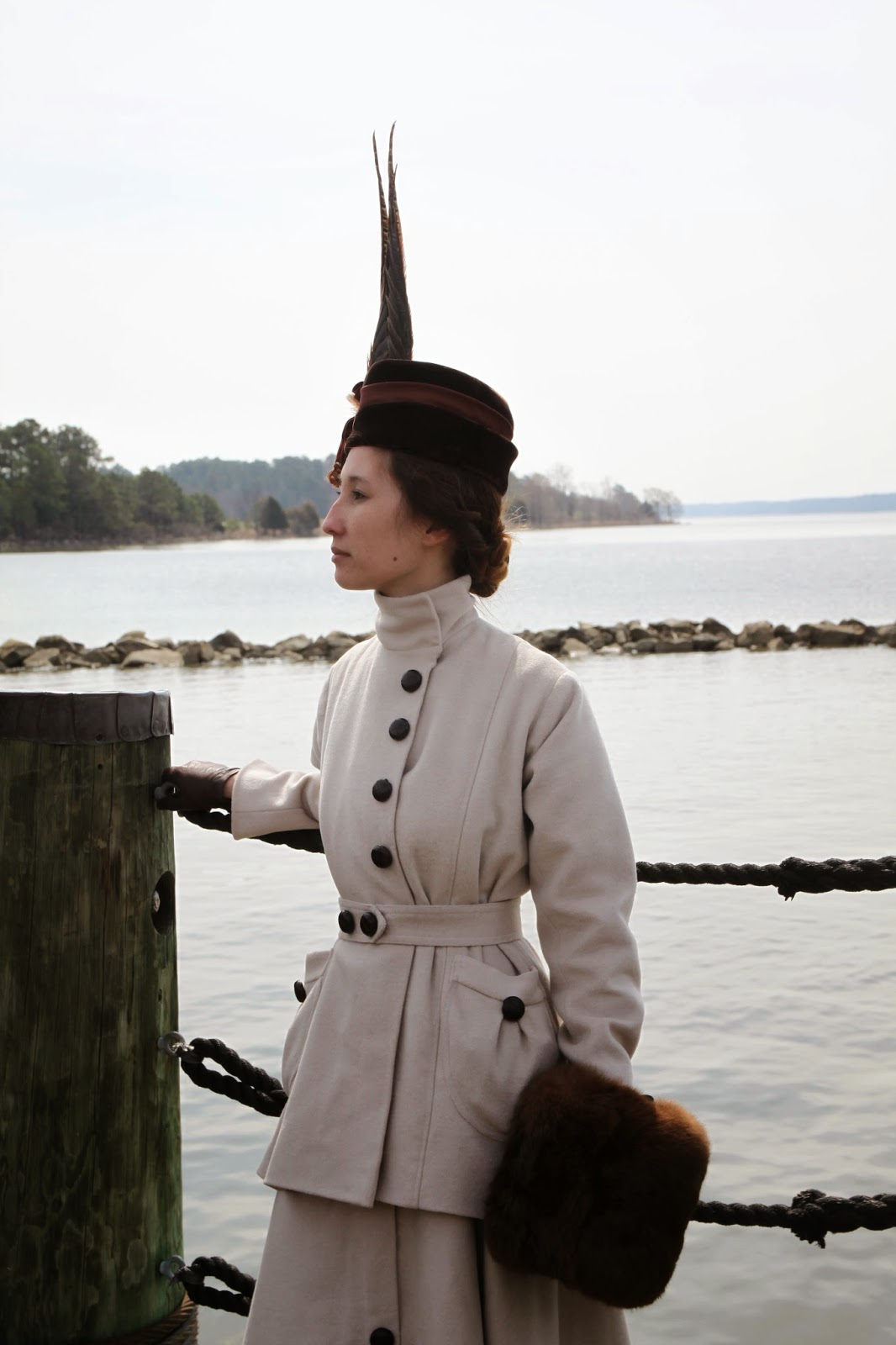 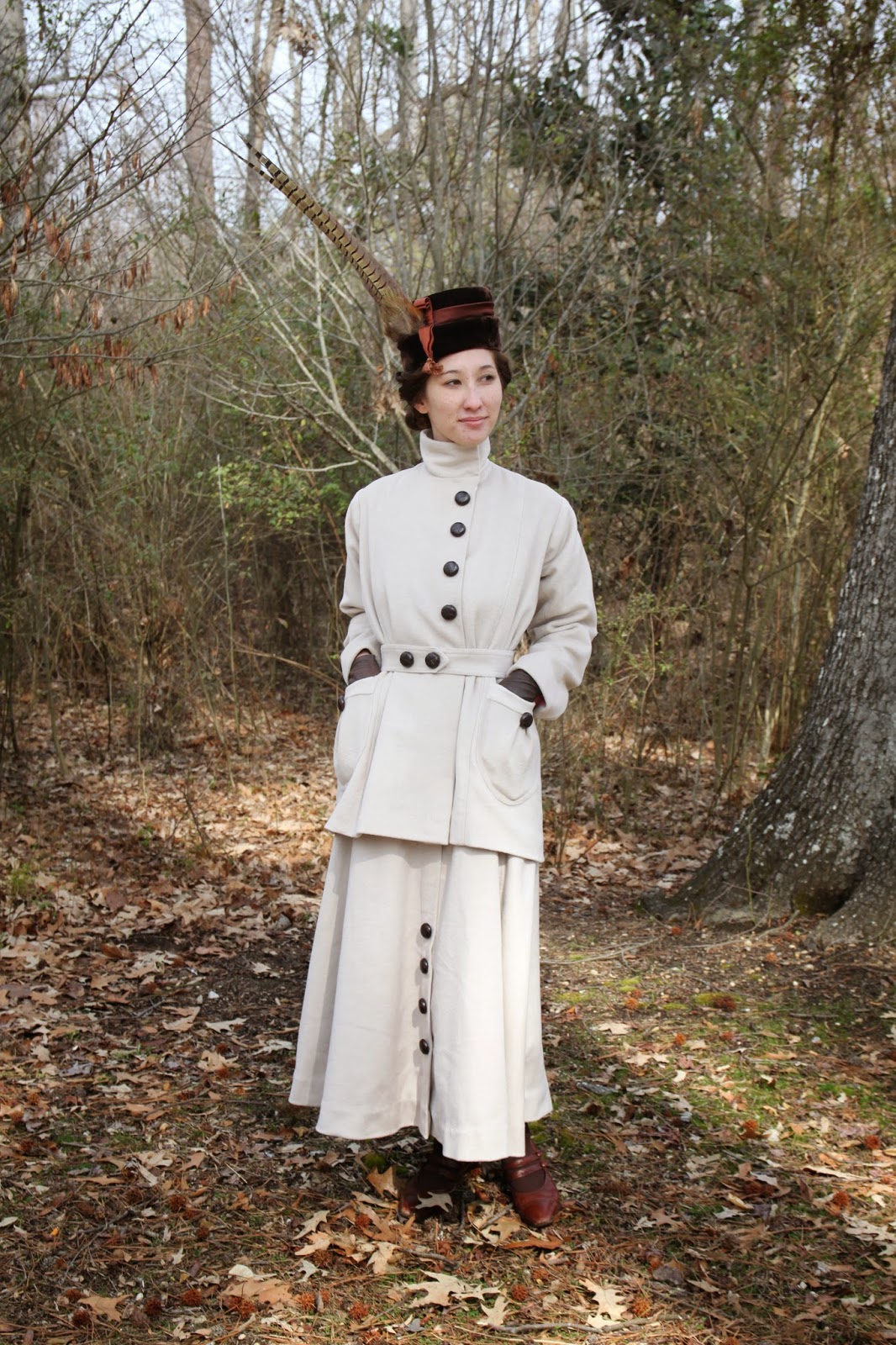 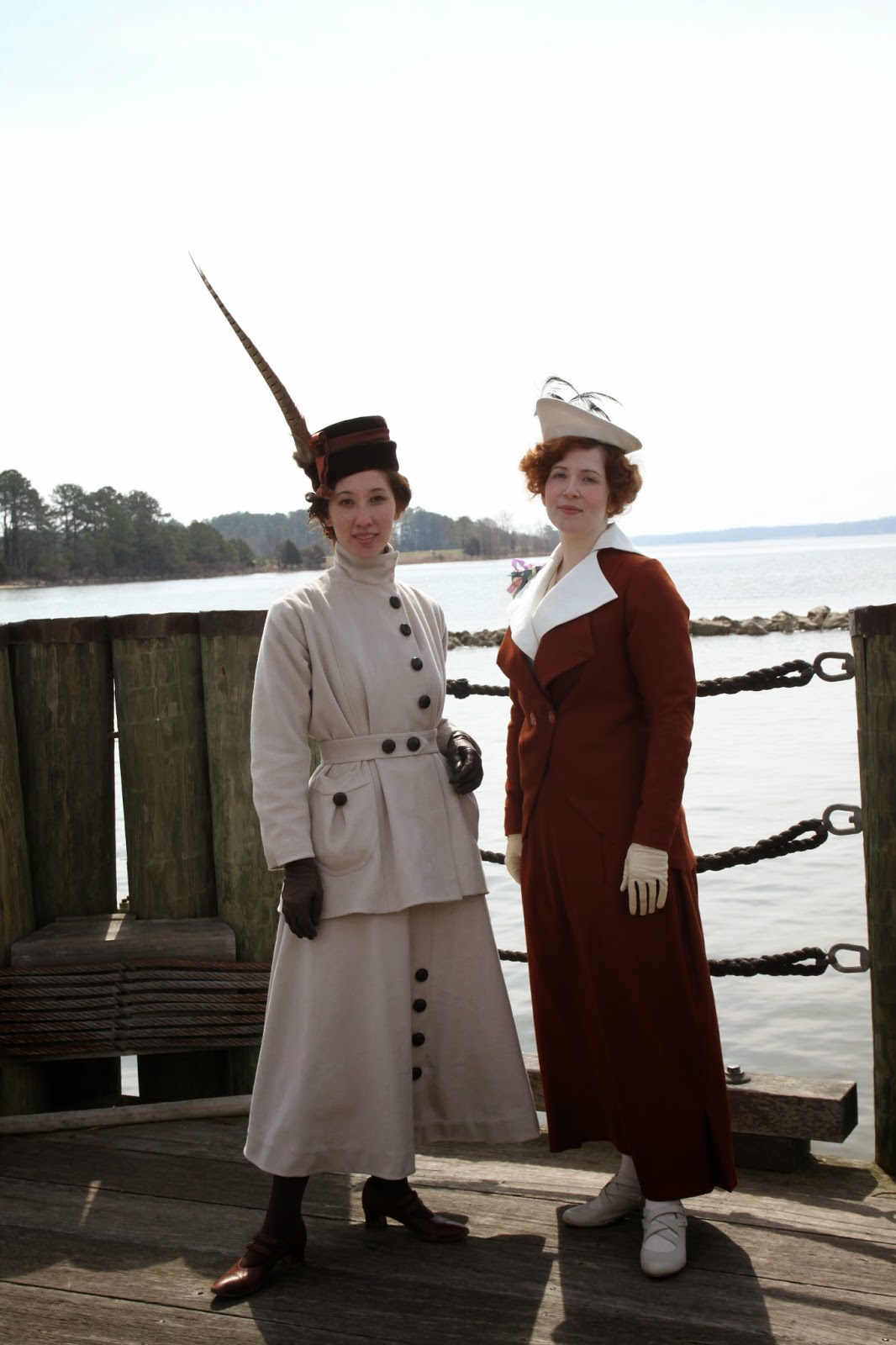 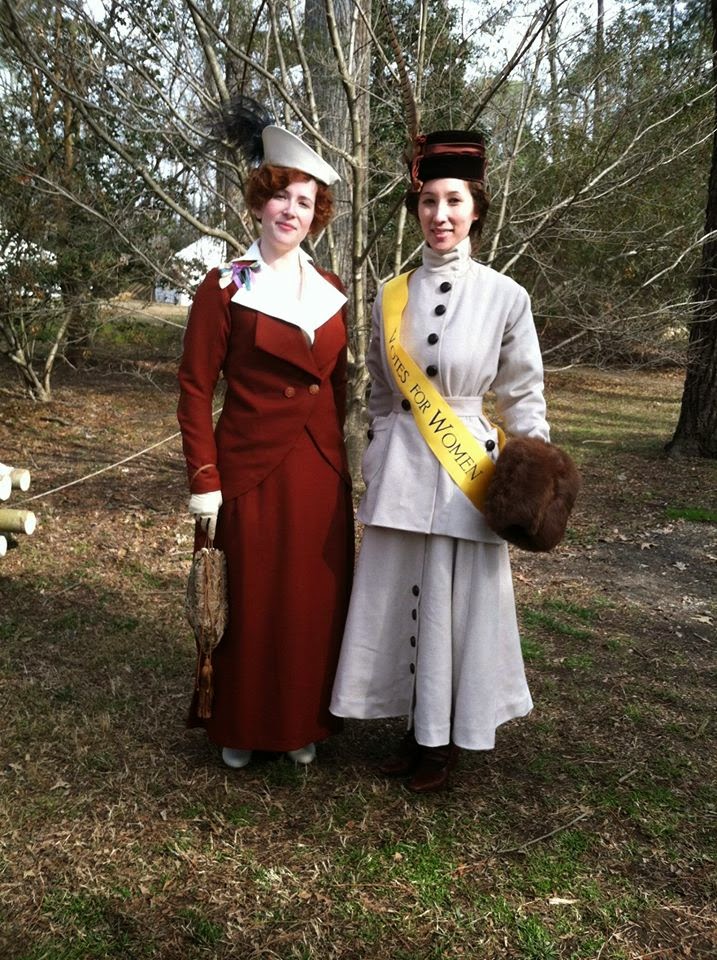 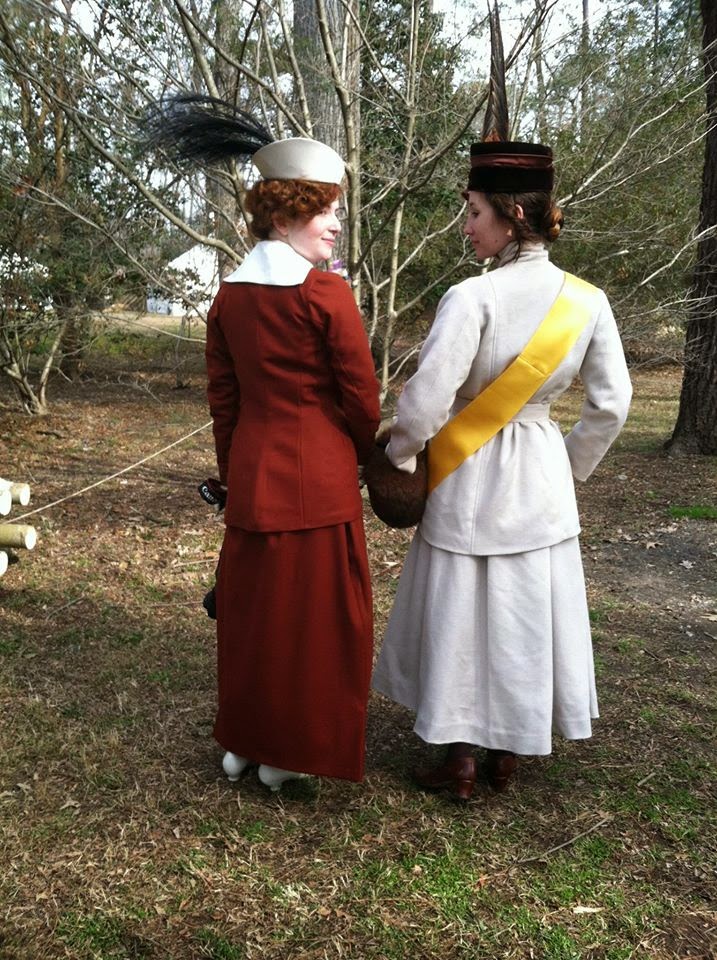 Le Sigh...I adore this outfit on you!!! You look so stunning. The Votes For Women is so fun as well! Job very well done! (As usual!)
Blessings!
Gina

Gorgeous ensemble! I love the color of the corset too, even if you din't end up wearing it. The warm brown suit is also divine!

This period is fun, with the tall hat decorations and the silhouette of the clothes themselves. And of course I also support women's suffrage! You look great.

Amazing!!! This is so beautiful! I'd love to have an event to wear WWI clothing to.

It's absolutely perfect! Both of you girls look lovely. I love the "Votes for Women" theme. . .

Samantha - Your suffragette outfit is jaw-dropping gorgeous (like everything else you make, of course)!! I am always so impressed by your ability to pull together just the most splendid ensembles - every detail, from the buttons to each accessory, is always perfectly placed! Keep inspiring us, Anneliese :)

You look fabulous! I am so glad you decided to be a suffrage supporter with this look, and handing out buttons is a nice touch :)

The dark buttons on the light suit looks so nice! Great job!