Gar Travis (whose work you can see here) took some excellent shots when I gatelisted last weekend. Look at the bird "sitting" on my shoulder! Yep, he planned that! 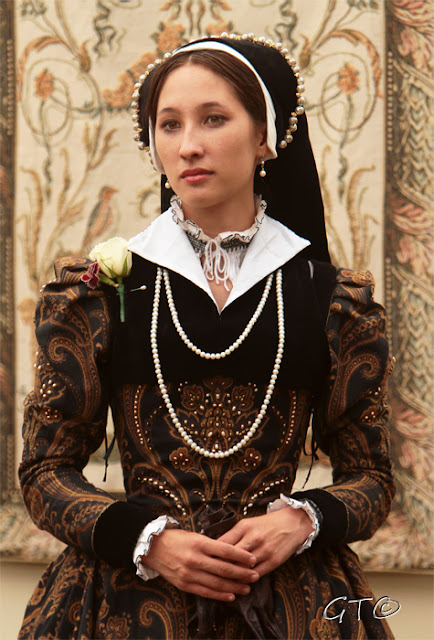 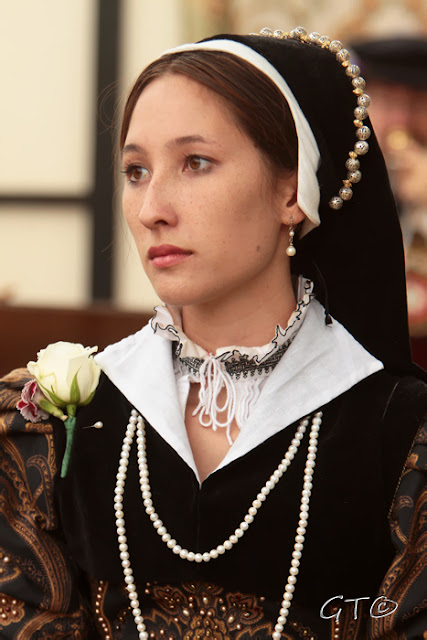 Posted by Samantha at 6:19 PM No comments: My ball gown for next weekend is almost done! It just needs its cotton net tucker, which I am applying now. I also have to whip up a headdress, which will just be roses, black lace, and a tortoise shell comb.
The gown is red-green changeable silk taffeta. The sleeves are cotton organdy and the false chemise is cotton voile. Criss-crossing the bodice is black velvet ribbon.
I promise that after next weekend I will have gratuitous images of the gown with coiffed hair and picturesque background! The first two 19th c corsets I owned were made by the talented Kay Gnagey. However, neither ever addressed my long-waistedness, which meant that the corset would slide down until my bust was no longer be supported! This had to be remedied.

In January, my friend Katie helped me make my first corset. It was a learning experience, to be sure. There were some pretty annoying issues with it, though. The bust ended up too small and the hips too big!

For the Greenfield Village event next weekend (EEK!), I was asked to participate in the fashion show, including a "getting dressed" segment. I was not about to let the whole world see my ill-fitting corset! So it was time to make a new one. I bought coutil and the Laughing Moon corset pattern and got to work. Wanting to save money where I could, I re-used my old busk and boning. This ended up being a bit of a bad idea, since this new corset is a bit longer than the previous one, and the busk is maybe an inch too short! However, it does not affect the fit or shaping of the corset, so I can live with it until it's time to make a new one.

The pattern made up very easily and is nice and long for long-waisted me! I have nice support in the bust. The only bad thing fitting-wise is that it ended up just a tad snug in the hips (I think I may have been subconsciously over-compensating for the last corset being too big!)

I made the corset as a single layer corset with boning channels. While I like the lightness of the corset, I feel a little untrustworthy of the single layer withstanding the strain over time. It's already a tad wrinkly in the back, but that could probably be solved with a few more bones.

For now... this was another good learning experience. I'm proud of the shape it gives me, and that I threw it together in 2 solid days of work (last Friday and the Sunday before that). It will get me through Greenfield Village and that's all I care about!

Posted by Samantha at 4:33 PM No comments:

The outfit really would not have been complete without more beading on the sleeves and skirt and a matching over partlet! ;-) I also remembered to bring my gloves and jewelry this time. :-P

Mistress Knyvett took some very artistic and lovely pics for me backstage (since we obviously can't be whipping out cameras while in character!). There should be more photos popping up shortly, once our fantabulous pro photographers put theirs up. We love and appreciate your hard work, that is for sure!

I am also very happy to announce that I won 2nd place in the costume contest! My prize was the loveliest mirror which will hang hopefully in a place of honor in my dorm next year.

Cleaning out the stash still... I have listed two yards of scrumptious silk taffeta that would make the most adorable 1780s jacket. Please take a look! 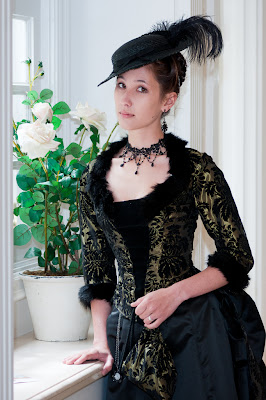 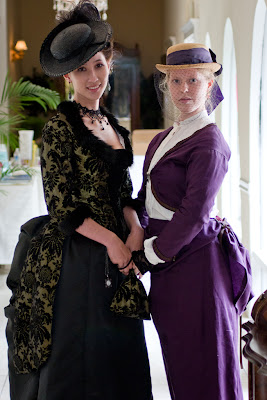 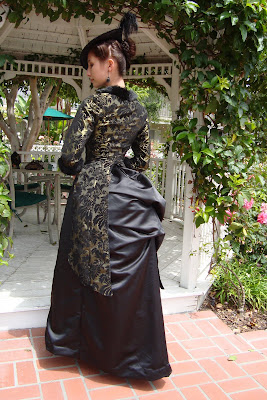 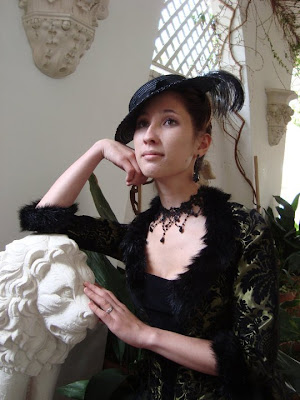 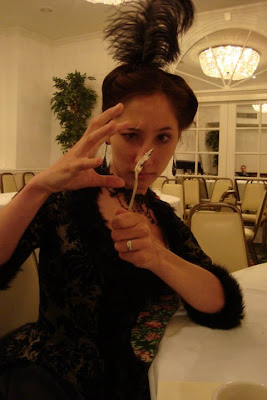 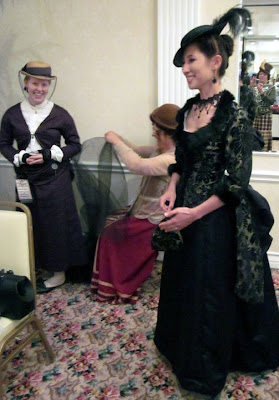