I was a TERRIBLE blogger this year! It's just so much easier to share pictures on my Facebook page and Instagram, and I haven't had it in me to do any serious construction or research posts. Hopefully that will change this year!

Even with my continuing wrist and thumb issues, I sewed a bunch of things in 2017. The biggest project was my embroidered Regency gown, which I never got pictures of in France! Hopefully that will change at the 12th Night dinner this Saturday, if it doesn't get canceled due to snow... Being part of the imperial court at Malmaison was a dream come true, but definitely used a lot of my sewing mojo. I haven't been able to get in a good groove since then although I still made many little things after that. 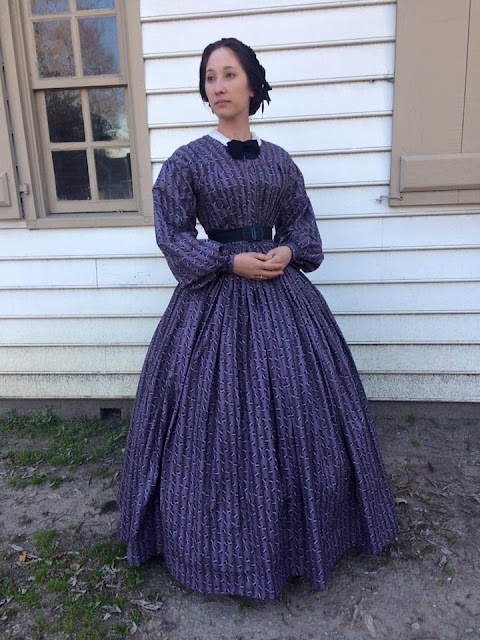 *1560s gown, kirtle, partlet with ruff, cuffs, and hood (This needs a new hood and a photo shoot with the ruff and cuffs properly ironed!) 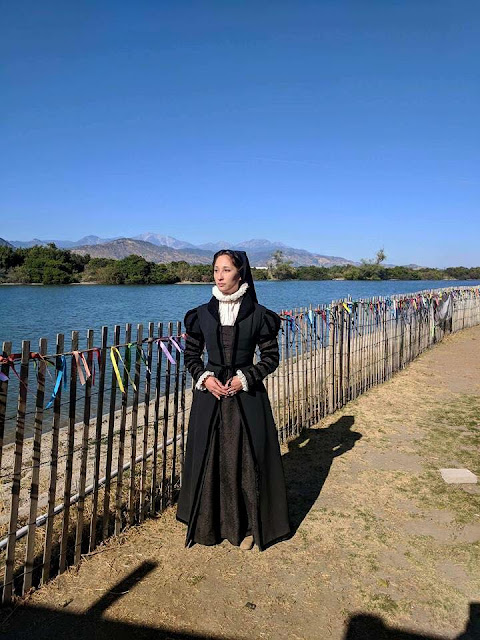 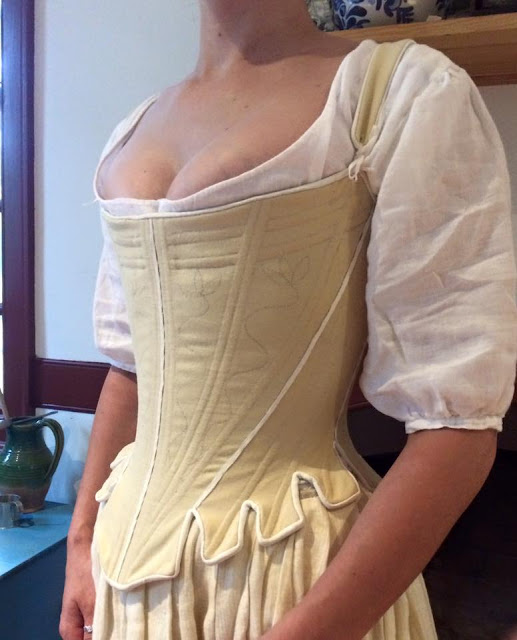 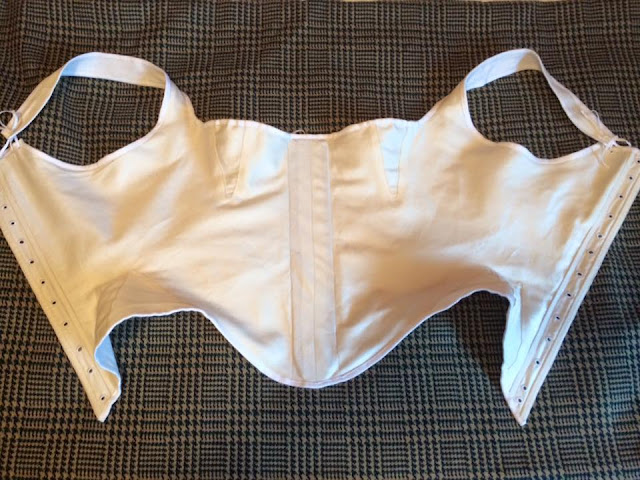 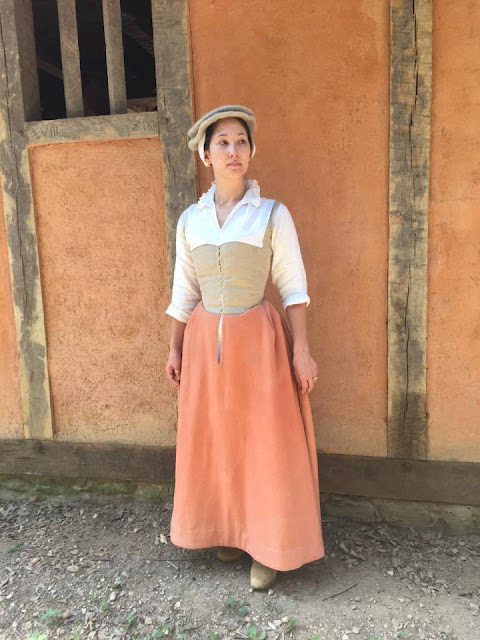 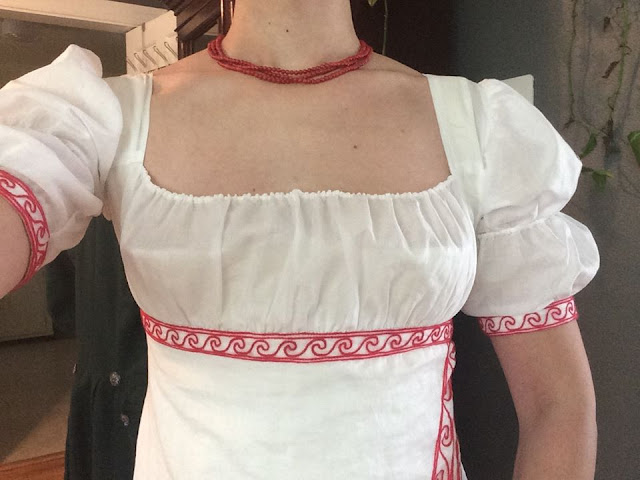 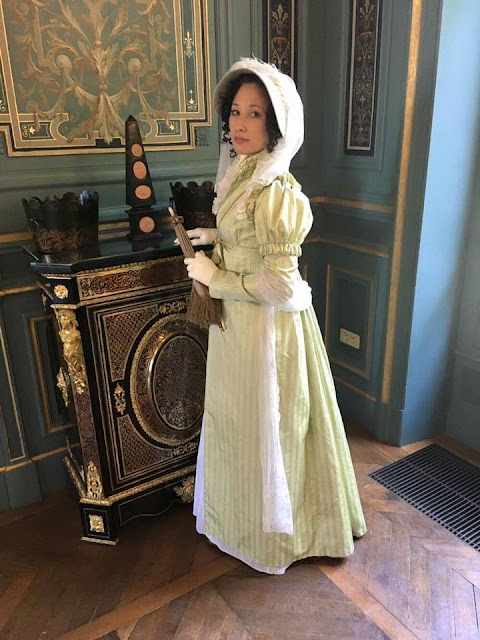 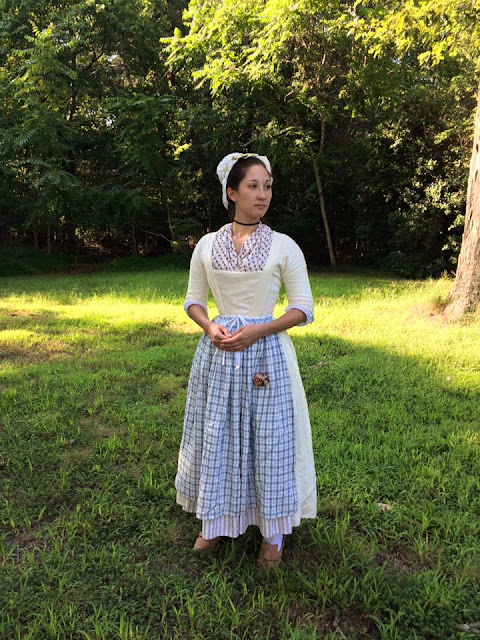 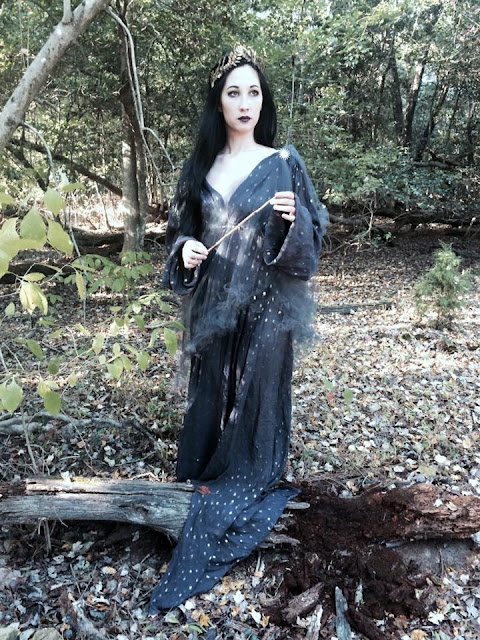 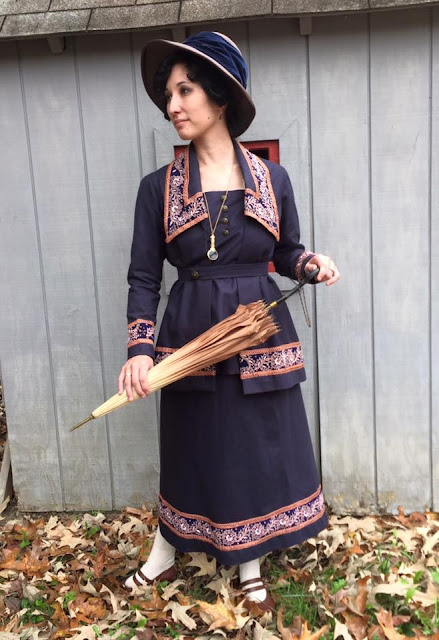 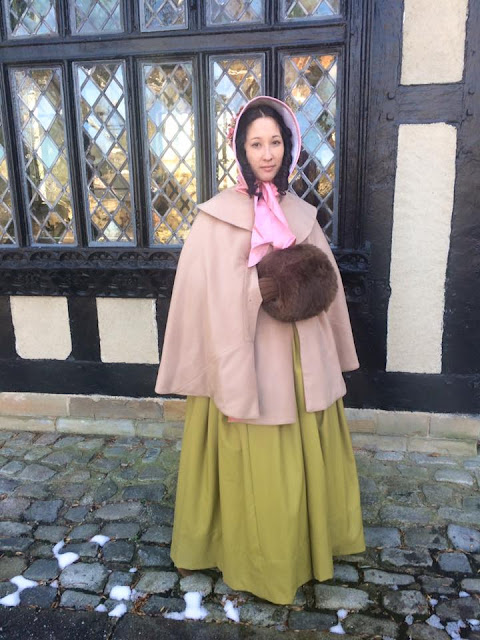 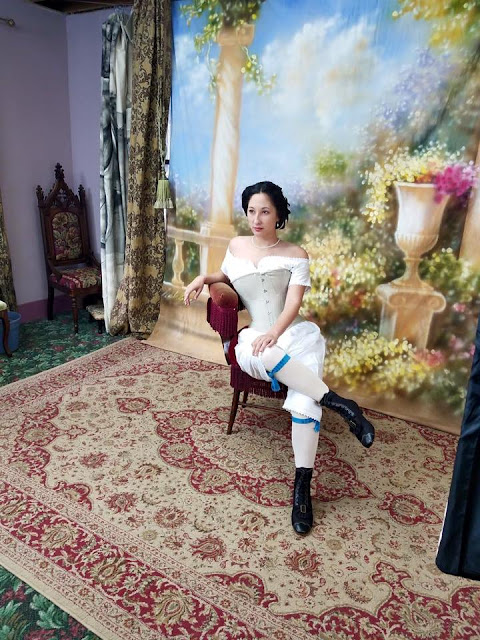 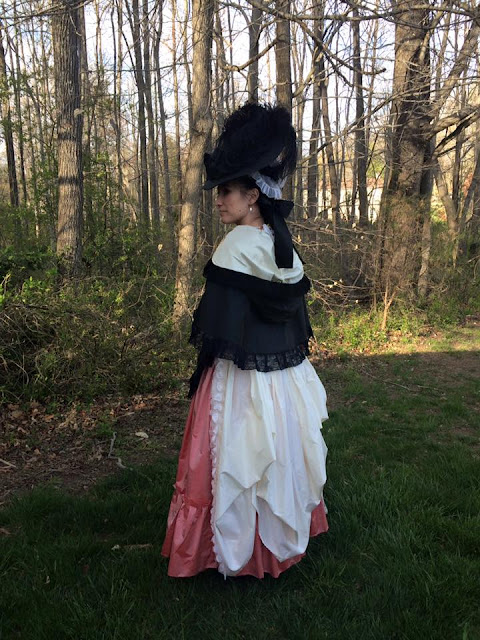 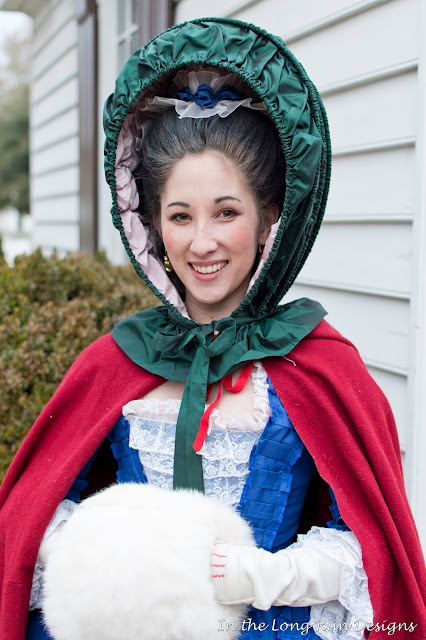 I've really enjoyed following your work the past year (luckily I do have Facebook and instagram ;) ), and it's great so see an overview like this. A very impressive set of projects, and the diversity of pieces is very inspiring!

Each photo reminds me of a painting.
Beautiful.

Shout out to mid-90s American Girl Dolls! I had a Felicity, so I have a lot of love for that blue ball gown. Also, any day that an American Girl Doll catalog showed up in the mail was a good one!
Anyways, your work is amazing. The Halloween gown also caught my eye!

You managed to accomplish quite a bit in the last year! I love the peak at your embroidered gown. I hope you'll share more of that and the other Malmaison ensemble. The calash is also fabulous!!! Happy new year!

Very nice work
I invite you on my blog of old magazines and old french sewing patterns
http://mode.femmes-1900.com/en/

The stuff you have shared here is really very nice and beautiful. Thanks for posting and keep sharing more like this.
Intraday stock tips

I really like and appreciate your post.Thanks Again. Keep writing.

Thank you for your valuable information.
Photo Retouching Services

Your comment is very beneficial for the future, you have written in a very beautiful way, you have an inspiration for the youth who come to your comment is really very beautiful, nowadays children do not know where they are wandering, no one can make a comment like you. The post is very different.
Call GIrls Sector 34
Gurugram escorts service
Different escort service
call girls in gurugram